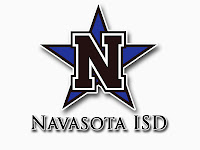 At a Texas Computer Education Association interest group seminar last year, instructional technology advocate Will Richardson made the case that the role of educators must change as the ability of people to make connections and to “learn anything, anytime, anywhere” grows as a part of a larger social shift in the learning process with which the physical space classroom cannot or does not currently compete. This is not a surprising conclusion as it is evident that barriers to communication and organization have collapsed with the development of new technologies in recent years – specifically Web 2.0 technologies that are transforming the Web from a read-only format to a space for mass publishing, communication, collaboration, collective action, and learning.

The Navasota ISD technology & communications department conducted a district-wide survey this spring to learn about student access to technology and the Internet outside of the school environment. Just over 63 percent of all students in the district completed the survey. Included were questions about access to the Internet and mobile technologies at home, use of social networks, and use of school Web applications including the online grade report system. Large majorities of students report to have access to the Internet outside of school through home computers and/or mobile cellular devices; large numbers of students report use of social networks (progressively larger percentages as students get older), and students spend many hours per day texting, gaming, emailing, and networking (more than 40 percent of all respondents and more than 55 percent of high school respondents spend four or more hours per day texting, gaming, emailing, or social networking).

These numbers are consistent with national studies that show a large majority of people ages 12-17 have their own cell phones; according to a Pew Internet & American Life Project study released in June 2010, three in four teens (ages 12-17) nationally have cell phones which is consistent with what Navasota students reported. Also, the Pew study shows that while most teens still go online with a computer, teens in the lowest income category are most likely to use cell phones to access the Internet. The Pew study reports that the typical teen sends about 50 texts messages per day but that 31% of teens report to send at least 100 texts per day. Finally, the Pew study reveals that 73% of teens nationwide are on social network sites. This again was reflected in the local survey which shows that more than 90% of teens have used social networking and more than 70% of high school students have Facebook accounts.

In the latest Pew Internet report, "technology experts and stakeholders say they expect they will ‘live mostly in the cloud’ in 2020 and not on the desktop, working mostly through cyberspace-based applications accessed through networked devices. This will substantially advance mobile connectivity through smart phones and other Internet appliances."

In his book, Here Comes Everybody, Clay Shirky argues that when the way people communicate changes, society changes. The new technologies are a part of that process in that they have become tools to satisfy the innate inclination of people to organize in some way – as revealed in the collaborative venues that make up the current Web 2.0 technologies. Many of the things around which people organize and collaborate now were prohibitively expensive as recently as a decade ago. As Shirky notes, “most of the barriers to group action have collapsed, and without those barriers, people are free to explore new ways of gathering together and getting things done." This, it seems, has profound implications for educators in their efforts to provide organized, specific instruction in a methodical process to build a comprehensive education for students. Outside of schools, students are driving their own participation, and in many cases, their own learning using collaborative digital tools. In a world in which information and expertise are readily available and the ability to collaborate with others is an essential skill, schools must figure out how to create learning environments in which students can not only acquire the skills necessary to participate in a society that is so connected but use those kinds of skills to facilitate learning the curriculum schools are charged with delivering.

"How do [they] even do that? A Pew Internet guide to teens, young adults, mobile phones and social media
View more presentations from Pew Research Center’s Internet & American Life Project.
Posted by Scott Powers